Chief Rabbi Ephraim Mirvis: We must all fight slavery 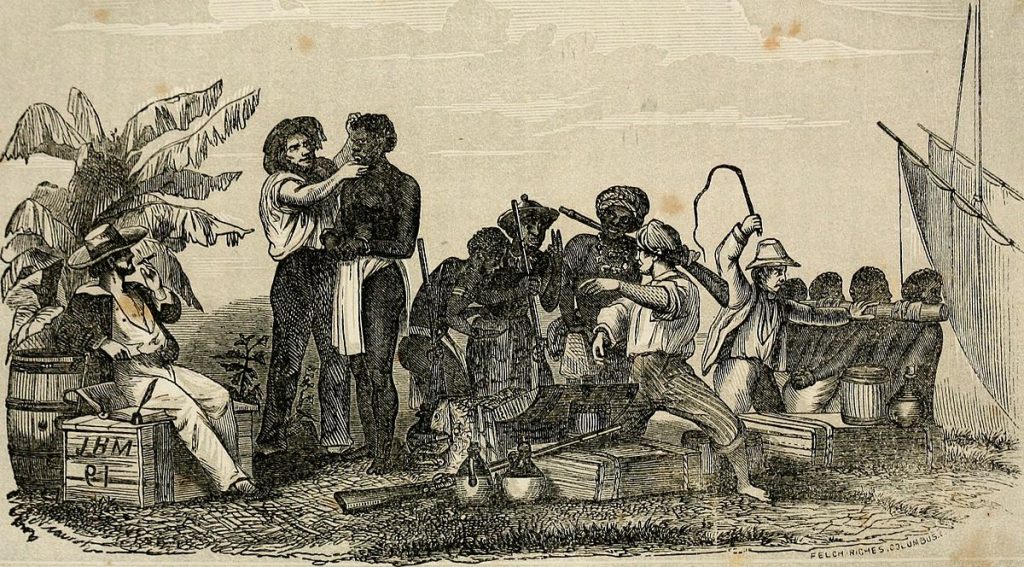 In 1992, the Nation of Islam published one of the most insidious works of antisemitism of the modern era.

Entitled, The Secret Relationship Between Blacks and Jews, it argued that Jews had dominated the slave trade. Manipulating and misinterpreting historical fact, it was characterised by the Head of the Department of Afro-American studies at Harvard University, as “the bible of new antisemitism”. Nevertheless, the lie persists that Jews played a disproportionately significant role in the slave trade. Great damage is caused when this lie is woven into a narrative of Jews as an oppressive force — a claim that must always be unambiguously refuted.

Mainstream historians broadly agree that there were many countries and peoples who were bound up in the barbarity of trading human lives for commercial gain. Professor David Brion Davis of Yale wrote: “The participants in the Atlantic slave system included Arabs, Berbers, scores of African ethnic groups, Italians, Portuguese, Spaniards, Dutch, Jews, Germans, Swedes, French, English, Danes, white Americans, Native Americans, and even thousands of New World blacks who had been emancipated or were descended from freed slaves but who then became slave-holding farmers or planters themselves.”

This list troubles me because of its length and because there is no hiding from the fact that it includes Jews. Tragically, if history has taught us anything, it is that when all around us appear to consent to pernicious acts of evil, it becomes ever more difficult to speak up for what we know to be right. We look back with shame that any Jew played any active role at all in the slave trade, or looked the other way as it raged in the society around them.

Yet, it is likely that every one of us has unwittingly encountered and perhaps even benefited from modern-day slavery. Slavery is all around us. It is in local car-washing services, nail salons, restaurants and the domestic workforce. It causes untold trauma to people across our country, very often in plain sight. If those who employ domestic help, for example, were to ask about the number of jobs they have and how they are treated, whether at home or at other places of employment, I have no doubt that some of their answers would shock us.

The Jewish human-rights charity René Cassin recently told me about a young man named Ben, who, for various reasons, found himself sleeping rough.

With no family or other support network, he had very few opportunities. But Ben was determined to turn his life around and so, when he was offered the opportunity to work at a privately run block-paving business, he accepted. He was taken to a site many miles away, where, over a period of months, he was intimidated, beaten and forced to work for little or no payment.

Terrified of the consequences of leaving, he became trapped in a cycle of abuse which left him deeply traumatised.

There are tens of thousands of people like Ben across the country and that should trouble every single one of us. Many of us use contractors of one kind or another regularly and we might never know if we had unwittingly contributed to the plight of someone like Ben.

As a people, we were born into slavery in the land of Egypt and it is that seminal experience from which all Jewish identity flows. The foundations of Jewish belief stand on the principle that all people are created in the image of God and every single person, deserves to be treated with respect. Speaking out against the flagrant violations of human dignity implicit in this crime, should be in our DNA.

That is why slavery demands our urgent attention. If we do nothing, we remain a part of the problem, but, if we act, we can begin to end the scourge of modern-day slavery.

It is essential that we try to better understand the problem and how to identify it. René Cassin, which carries out excellent work in this area, can provide resources and training to help in this regard.

We can add our voices to the campaigns against modern slavery and human trafficking led by Kevin Hyland, the Anti-Slavery Commissioner. We can hold local businesses and contractors to account by raising the matter with them and asking what efforts they make to tackle this issue in their supply chains.

This Sunday is World Human Rights Day and marks the beginning of a year-long campaign to mark the 70th anniversary of the Universal Declaration of Human Rights. My hope is that generations from now, our children’s children will look back with pride on the efforts of the Jewish community, leading from the front in the protection of human dignity for all people. If that is to be the case, the time to speak out and act is now.