The Chief Rabbi and his communities joined with people throughout Great Britain and the Commonwealth in celebrating The Queen’s official 90th birthday over the weekend of 10-12th June.

Delivering BBC Radio 4’s Thought for the Day early on Thursday morning, the Chief Rabbi reflected that British Jews would have occasion to rejoice in both their religious and national identities over the Shavuot-Royal Birthday weekend.

At the invitation of Her Majesty, the Chief Rabbi took part in a national thanksgiving service on Friday morning, together with other faith leaders, which was televised live by the BBC.

In a video message released across his social media channels that day, the Chief Rabbi conveyed his congratulations to The Queen and prayed that the Almighty would “bless [Her Majesty] with continued good health, happiness and…strength”.

An amended Prayer for the Royal Family which acknowledged The Queen’s birthday was issued by the Chief Rabbi to all of his communities for recital in their synagogues on Saturday. They also received a message from the Chief Rabbi that spoke warmly of the strong relationship between the monarchy and the Jewish community.

Almost 60 UK-based US and UHC communities received a celebratory banner from the Office of the Chief Rabbi, which they hung proudly inside or outside their shuls (see gallery below). Many staged patriotic community events, such as a ‘Street Party Kiddush’, with many opting to combine them with their Shavuot celebrations. 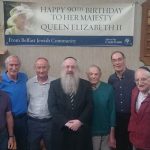 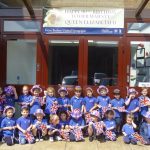 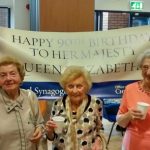 The Queen’s fellow nonagenarians wish her Happy Birthday from Bushey 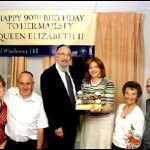 A party was held in honour of The Queen, complete with celebratory cake, 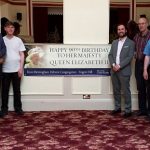 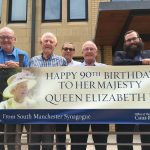 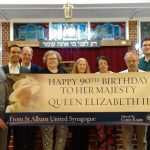 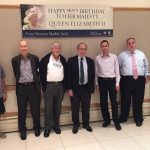