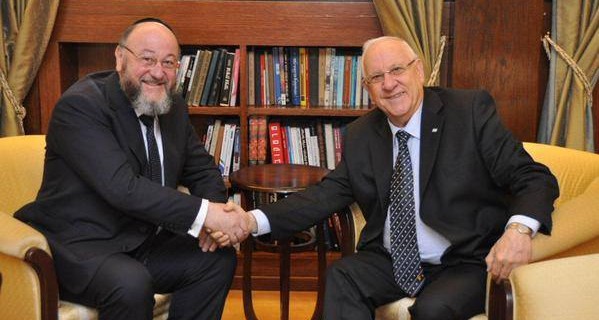 As part of a United Synagogue Mission to Israel, the Chief Rabbi had a constructive tête à tête with President Reuven Rivlin at the Presidential residence in Jerusalem.

They had a comprehensive discussion about the main issues facing Israel and the Diaspora today, including the increasingly violent manifestation of anti-Semitism in Europe, in particular the recent attacks in Paris. The Chief Rabbi sought guidance from President Rivlin on how Jewish leaders in the Diaspora could best contribute to Israel’s wellbeing and future, conveying to him the steadfast support of British Jewry.