March of the Living has Chief Rabbi at helm

The Chief Rabbi joined the 27th annual March of the Living in Poland, walking  alongside a vast cross-section of the international Jewish community in a poignant expression of solidarity with victims of the Holocaust. 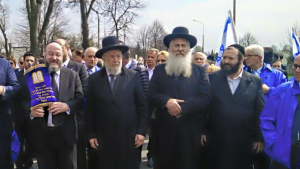 During the event, which occurred on Holocaust Memorial Day and entailed walking the 3 kilometres between the Auschwitz 1 and Birkenau camps, the Chief Rabbi carried a Sefer Torah as he led the march’s front line. On arriving at Birkenau he heard living testimony from survivors of the Holocaust and shared his thoughts with some of the march participants. He issued a rousing challenge to all taking part, imploring them to use their visit to better themselves as Jewish people.

The previous night he held a late-night workshop with students that was very-well received. 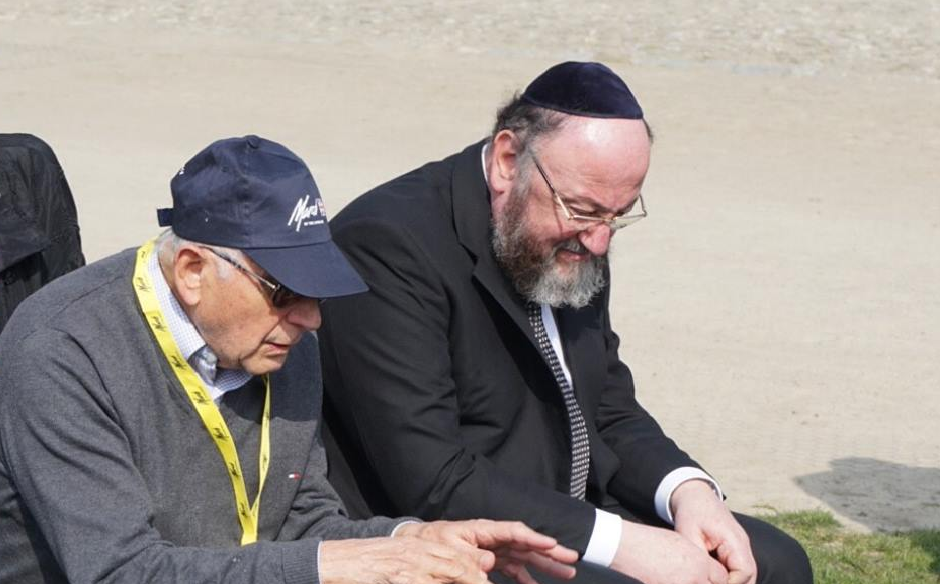