The Chief Rabbi delights in Jewish community life in Liverpool

As well as addressing the Annual Conference of the Rabbinical Council of the Provinces, visiting Rex Cohen Court and the Stapley Nursing and Residential Home, he spoke before a large gathering of Liverpool Jewish Community members. He also imparted his ideas to the members of Childwall and Allerton Synagogues, which he paid separate visits to. 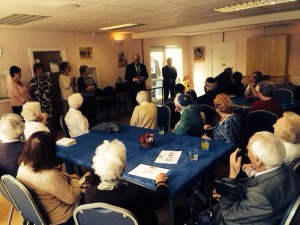 The student bodies and staff of the King David Schools Junior and Senior were delighted to host The Chief Rabbi, who remarked that he “could see why this [was] one of the best schools in the country.” He subsequently sat down to lunch with the students of Liverpool JSoc, sharing with them his assurance that they would contribute greatly to the community’s future, before meeting with the Jewish Representative Council and other major organisations.