Chief Rabbi voices his support for victims of abuse

The Chief Rabbi marked the International Day for the Elimination of Violence against Women by visiting a Jewish Women’s Aid stall that had been specially erected in a local shopping centre to coincide with the awareness day.

He commended volunteers on their work confronting domestic abuse within the Jewish community, and later released a statement assuring victims that there was no stigma attached to seeking help for those trying to escape persecution. Below is the content of the statement:

“It is tragic that we must designate today, or indeed any day, to campaign for the ‘Elimination of Violence against Women’; tragic that so many women are being violated in conflict zones, on the streets and within our own community, by abusers who perpetuate suffering of an unimaginable degree. I would like all perpetrators to know that such harmful behaviour is totally unacceptable, and all victims to know that there is no stigma attached to seeking help. Jewish Women’s Aid exists to provide much-needed assistance, so I urge you to avail of their services if you have experienced domestic abuse. Let’s hope we can eradicate this ill from within our community and our society.” 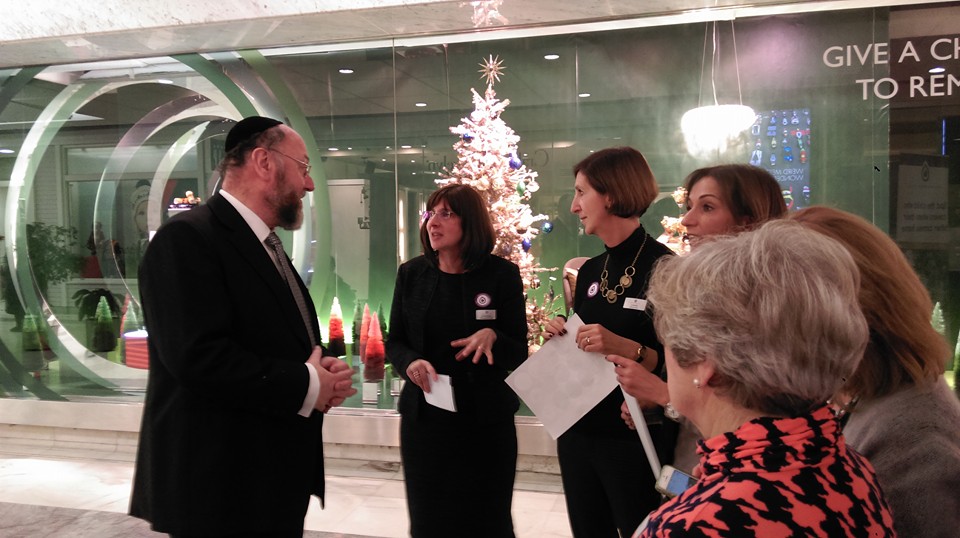