The Chief Rabbi and Valerie Mirvis were delighted to join celebrations in South Africa to mark the 175th anniversary of the Jewish community.

On Monday night, they were received as Guests of Honour at an event organised by the local Board of Deputies in Johannesberg and later traveled to Cape Town, where they joined one of the largest gatherings of the local community in recent times, again as Guests of Honour.

They also enjoyed a special, celebratory Shabbat with Rabbi Feldman and his congregation at Gardens Synagogue, which is known as the Mother Synagogue of South Africa.

The Chief Rabbi told the audience in Johannesberg: “Here in South Africa I grew up to be proud of my Judaism and to be passionate about caring for all of humanity.” 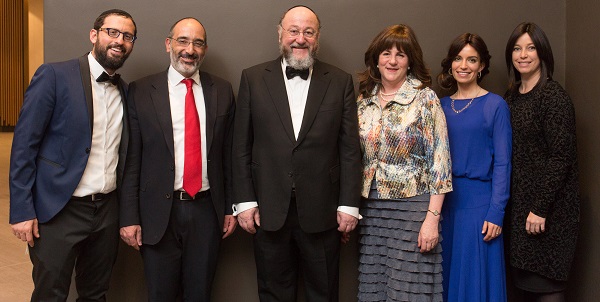