Birmingham Central Synagogue hosted 60 regional community leaders from across the UK yesterday as delegates from locations including Aberdeen, Belfast, Cardiff and Newcastle came to learn, network and share ideas at the Chief Rabbi’s Regional Community Leaders Conference 2016, where the theme was ‘Working Together’.

On the table for discussion were the key issues affecting UHC (United Hebrew Congregation) communities outside London, as well as advice on how best to realise aspirations for revitalised shul services, increased membership and improved self-sufficiency.

Delegates received best practice tips from their counterparts on topics including inter-shul twinning initiatives and ‘Visiting Rabbis’ – both projects of the Chief Rabbi’s CRE – and how to make more creative use of their Shul buildings. This provided the impetus for constructive discussions in subsequent breakout sessions.

The Chief Rabbi, the Chief Executive of the United Synagogue, Steven Wilson, and renowned Jewish education and programming specialist Elana Chesler shared inspiring examples of community development and refreshed programming. Speaking on ‘Community Initiatives That Change Lives’, the Chief Rabbi emphasised the importance of ‘Minyan not Binyan’ – focussing investment on people rather than buildings.

He praised the conference as a “remarkable example of how the unbridled enthusiasm and creativity of committed lay leaders, together with the game-changing projects of CRE have coalesced to kindle further the flame of Jewish life in communities beyond the London bubble. Kol HaKavod to everyone involved.”

Participant Malcolm Hyams, a Trustee of Solihull & District Hebrew Congregation, credited the “very informative conference” with providing useful information to all the communities represented and thanked CRE for its support: “It has enabled Solihull to play in a league far above what we could achieve alone”.

Uptake for the annual conference, which is organised by the Centre for Rabbinic Excellence (CRE) department of the Office of the Chief Rabbi, has grown year on year since its debut in 2013 to become an invaluable fixture for those involved in the fabric of community life. 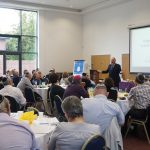 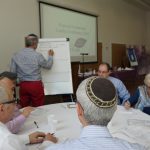 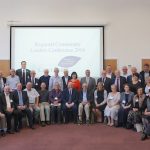 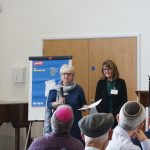 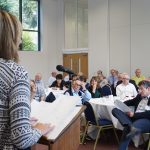 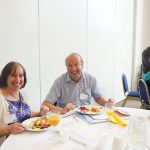 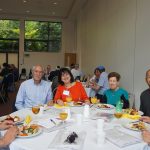 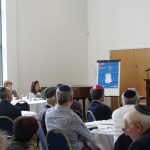 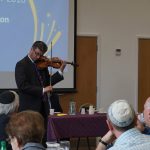