Chief Rabbi: Las Vegas shooting is “among the most harrowing, murderous attacks ever recorded” 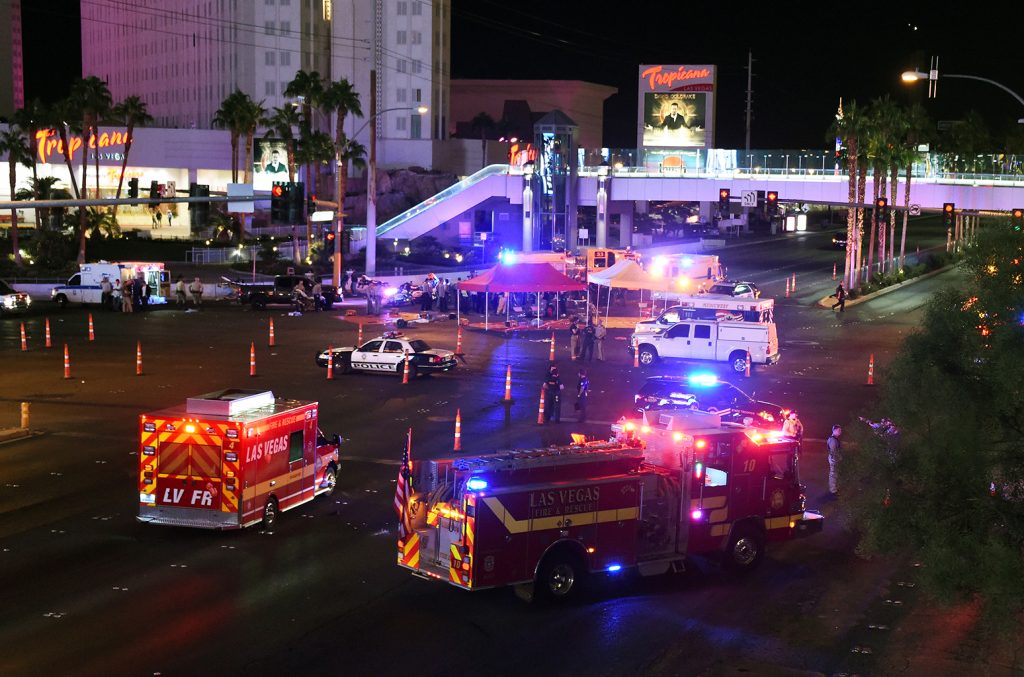 LAS VEGAS, NV – OCTOBER 02: Police and rescue personnel gather at the intersection of Las Vegas Boulevard and Tropicana Ave. after a reported mass shooting at a country music festival on October 2, 2017 in Las Vegas, Nevada. A gunman has opened fire on a music festival in Las Vegas, leaving at least 2 people dead. Police have confirmed that one suspect has been shot. The investigation is ongoing. (Photo by Ethan Miller/Getty Images)

After the devastating Las Vegas shooting last night at the Route 91 Harvest Festival, which saw 58 killed and over 500 injured, the Chief Rabbi released the following statement.

“The sheer scale of the loss of life in Las Vegas places it among the most harrowing, murderous attacks of its kind ever recorded. As the facts of this massacre become clear, each of us faces a choice. We can either join in with the inevitable chorus of raging recriminations and counter-recriminations or we can resolve to honour the victims and their families, and to defy the wishes of the perpetrator, by spreading a message of hope and peace. I urge you to join me in choosing the latter.

May the memory of all those who lost their lives be for a blessing.”