A wealth of Chanukah engagements filled the Chief Rabbi’s diary this week, as he appeared at receptions and community events held to mark the festival across the capital.

He addressed thousands of spectators, both Jewish and non-Jewish, who had amassed in Trafalgar Square for the community’s largest annual Chanukah celebration – ‘Chanukah in the Square.’ He regarded this public declaration of pride in their identity as a delight to behold, saying that “the Jewish community [was] proud to celebrate Chanukah on the streets of London.” 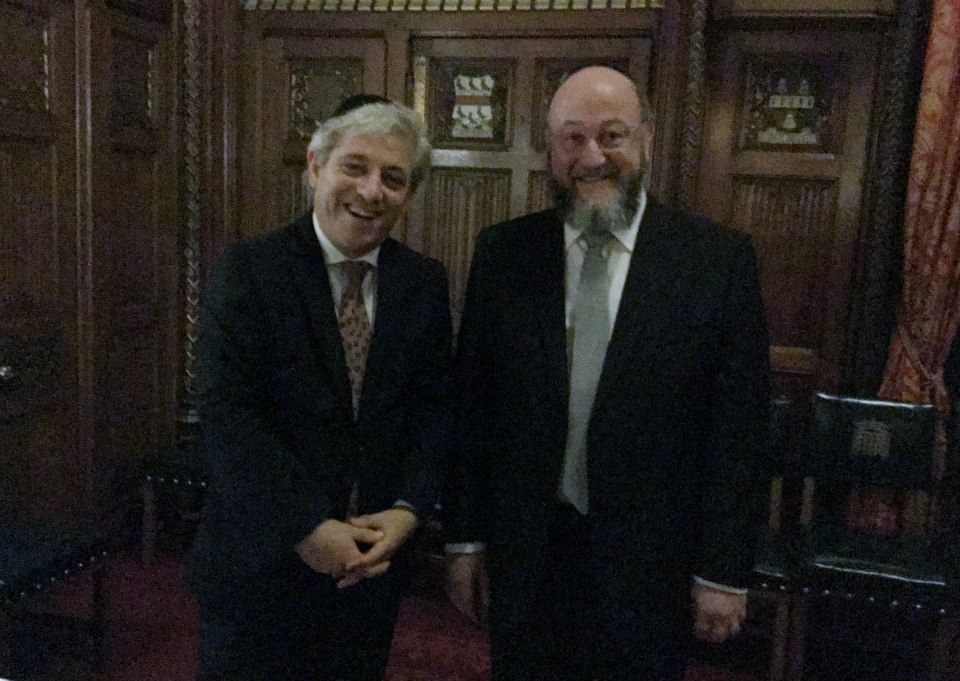 Chief Rabbi Mirvis poses with the Speaker of the House of Commons, John Bercow, who hosts an annual candle-lighting in his apartments

That week, Chief Rabbi Mirvis also attended a Chanukah reception at Speaker’s House, where he lit the candles and Speaker John Bercow shared some thoughts, as well as a reception co-hosted by the Board of Deputies and the All Party Parliamentary Group on British Jews. At Speaker’s House, he described Israel’s existence as vital to the survival of the Jewish people, pronouncing the “Jewish Home…our primary weapon to ensure Jewish continuity.”

On the second night of Chanukah, he had the pleasure of lighting candles at Downing Street, the location of Prime Minister David Cameron’s annual Chanukah lighting for the community.