A message to our Christian friends 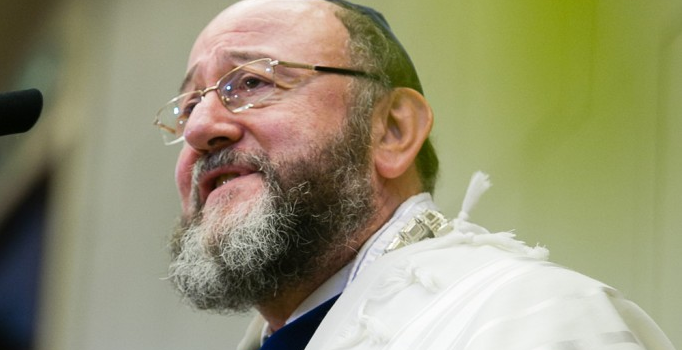 In a show of solidarity and respect to members of the Christian faith, the Chief Rabbi has released a message to Christian friends on Christmas Eve.

As well as celebrating a significant year for Jewish-Christian relations, in which Christian leaders publicly rounded on Antisemitism and Pope Francis received him in the Vatican City, Chief Rabbi Mirvis laments a scourge of global intolerance. The two faiths have shared challenges, he conceded, which they must unite against to conquer.

Separately, the Chief Rabbi was quoted in The Times today as he joined other faith leaders in condemning the oppression of Christians in foreign countries.  “Faith communities have a responsibility to stand together to oppose discrimination,” he said, “the shocking ban on public celebrations of Christmas in Brunei is reflective of an intolerance that, as Jews, we simply cannot countenance.”

Read the Chief Rabbi’s ‘Message to Christian friends’ below:

“As members of the Christian faith celebrate Christmas, together with family and loved ones, I reflect on the significance and vitality of Christian-Jewish relations which we have celebrated throughout 2015.

Earlier this year, the Archbishop of Canterbury Justin Welby hosted, in his home at Lambeth Palace, the launch of the All Party Parliamentary Group against Antisemitism report into the prevalence of antisemitism in the United Kingdom. This sincere illustration of his understanding and compassion for the Jewish community was highly significant and most deeply appreciated.

In October we marked the 50th anniversary of Nostra Aetate, the historic and landmark declaration of the Second Vatican Council on Catholic-Jewish relations, the transformative impact of which we continue to build on today. I was delighted to mark this special moment in my meeting with Pope Francis at the Vatican, and, in particular, to have done so together with Cardinal Vincent Nichols.

Foremost in my thoughts on that occasion were the manifold challenges that we, as communities of faith, continue to share. These include the aggressive secularism that threatens to relegate spirituality and sanctity within our society and the shameful scourge of hatred and oppression, which remains the most pressing global challenge of our time.

It has been reported that persecution of Christians persists in over a hundred countries, more than for any other religion. Faith communities have a responsibility to stand together to oppose discrimination and attacks on freedom of religious expression wherever they are to be found. Most recently, the shocking ban on public celebrations of Christmas in Brunei is reflective of an intolerance that as Jews, we simply cannot countenance.

Yet, while the challenges faced by both of our communities are urgent and considerable, 2015 has been a year in which the bond between Jews and Christians has become ever more unassailable and vital.

May Almighty God spread the tabernacle of His peace upon all the dwellers on earth.”