Chief Rabbi joins The Archbishop of Canterbury in Israel

Earlier this month, the Chief Rabbi was delighted to accompany The Archbishop of Canterbury, Justin Welby, on his visit to Jerusalem, Israel.

It was truly a unique moment in history.

The Chief Rabbi was moved to comment, “I would so love to send a message of hope back through the annals of history – to Clifford’s Tower in York, to the medieval commu 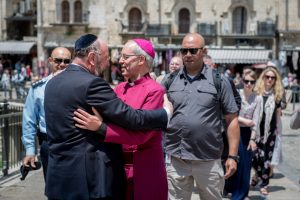 nities who endured the scourge of the blood libel and to those whose lives were devastated by the Crusades – to let them know that a Chief Rabbi and an Archbishop of Canterbury would one day pray alongside one another, as close friends, in the holy City of Jerusalem.”

The Chief Rabbi and the Archbishop met at the Jaffa Gate and from there, they walked together through the cobbled streets of the old city, discussing the sanctity of their surroundings and the centrality of Jerusalem for Jews all over the world. 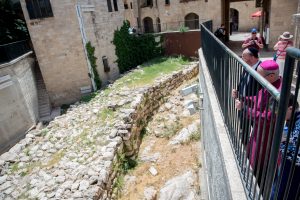 ief Rabbi pointed out an apartment to the Archbishop he and Valerie had lived for the first two years of his marriage. He explained that they had endured the sound of drilling and banging beneath their block for many months until one day they learned that the excavation work had led to the historic discovery of the ancient city wall built by the Hebrew King Hezekiah 2,700 years ago. The group turned to see Hezekiah’s Broad Wall, a remarkable sight. The Chief Rabbi pointed out the rubble at the lowest level from houses predating Hezekiah, his wall above that and the modern apartments of contempo 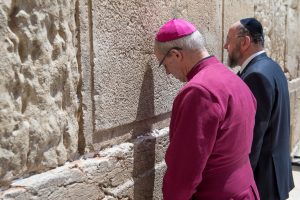 rary Jerusalem on top of that. In one spot, The Chief Rabbi showed the Archbishop and his team the Jewish presence in the city across millennia.

The second part of the day involved a moving tour around Yad Vashem including an opportunity to see some artwork which was produced, for the most part, by Jewish artists who lived under the Nazi occupation during World War II. Following the tour, both faith leaders laid a wreath and gave speeches about the importance of eradic 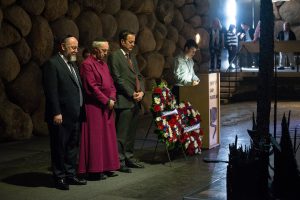 ating antisemitism both at home and abroad.

Finally, the group travelled to Hebrew University to meet with friends of Hannah Bladon, the British student who had been stabbed in Jerusalem just weeks earlier. In another extremely moving encounter, each of the faith leaders offered prayers for peace and wrote messages of support in a book of condolence for Hannah’s parents. 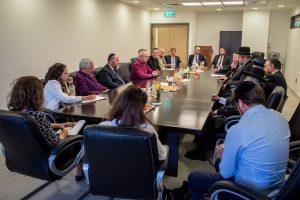 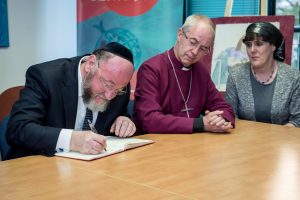 Photographs courtesy of “My Israel Photos“.